🎰 Truelab Casinos and Pokies in Australia

Established in 2016, TrueLab is a development company which is part of True Flip Gaming Ltd.

It’s a Malta-based developer, and it’s licensed locally since 2019, being subject to the rules of one of the more appreciated gaming jurisdictions.

They haven’t exactly exploded just yet, but they’re getting there, with 13 online pokies released so far, and with several important partnerships signed.

One of the major ones, would be the inclusion in the YGS Master program, from Yggdrasil, which allowed them to get global recognition for some of their recent pokies.

They’ve also partnered with the likes of Softswiss and Avento, and they have certifications for their RNG systems in multiple major countries from all over the world.

The company currently has 36 team members, they’re localized in 7 countries, have 5+ certifications, and the 13 games I’ve already mentioned. Available for real money play in tons of OZ casinos. 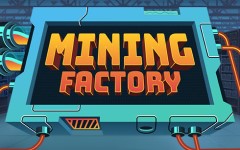 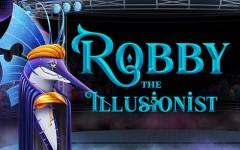 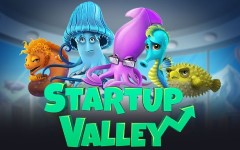 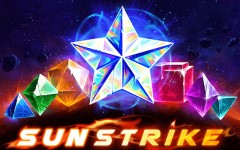 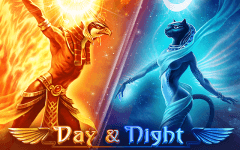 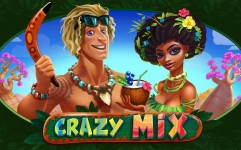 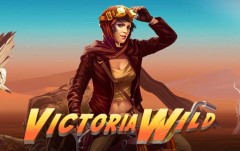 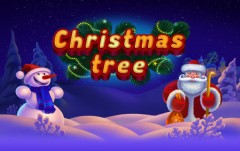 While they’ve started well enough, it’s the more recent pokies that have gotten most of the attention from players.

There is a very good reason for that, and that would be them joining Yggdrasil Gaming’s program, and gaining access to the larger company’s audience.

Among those 13 pokies they currently have out, titles like Christmas Tree, Victoria Wild and Crazy Mix were most popular, and they’re the most recent as well.

Expect games from a new developer which specializes in online content, and so there are modern features to be found, some common, and others quite unique (like a Christmas tree-shaped game area).

Let’s check out 8 of their more popular releases so far. 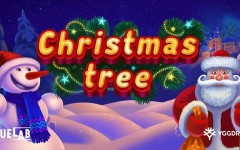 Christmas Tree is one of the YGS Masters titles, launched together with Yggdrasil Gaming, and it fits right in with the winter holidays themed titles.

They’ve quickly shown what they can do with this one, delivering an unusual game area, Christmas tree shaped, which relies on Cluster Pays to create wins.

If we look at special features, we find a lot of exciting options, from cascading reels, to free spins, mystery symbols, walking wilds, symbol swapping and multipliers.

Launched initially in late 2019, Victoria Wild was then released on the YGS Masters platform as well, in the fall of 2020.

If you loved Indiana Jones, you will love Victoria as well, a similar adventurer that’s searching for treasures in the desert.

5×3 reels were used, along with 25 lines, and together they could bring impressive wins of 25,000x the stake, while retaining the high volatility rating.

It even looks good when features come into play, since you can get several types of wilds, respins, symbol collections, bonus wheels and free spins.

Australia has been served by other pokies in the past, but few have managed to look as good as Crazy Mix does.

Beyond the pretty graphics, this game offers the same max wins of up to 25,000x that we’ve seen before from this developer, along with a similar high volatility and a 96.34% RTP.

Only 15 lines were used, for its 5 reels, and there are fewer features as well, with options including wilds, respins, multipliers or free games.

While the split of the game area into two sides has been done before, it’s still nice to see TrueLab’s version for it, in Day And Night.

This one’s one of their lower volatility options, so do check it out if you’re a casual player, especially as it can still deliver some impressive jackpots of 12,500x the stake.

You get 20 lines, but with 6 reels this time. There are two types of symbols, some dedicated to Ra, and the rest to Bastet, both being Egyptian deities.

I like where the features are heading as well, since we’re seeing a Battle between the two sides, along with plenty of other features (wild symbols, scatters, free spins, symbol swaps).

Sun Strike will place the action in outer space, but the reels are filled with easily forgettable images of gemstones.

Nevertheless, I liked the design quality, even as the choice of symbols wasn’t satisfying.

You play this one via 5 reels, get 15 lines for winning combinations, and wins of 4,800x the stake could be claimed, all with medium volatility and 96.38% RTP.

To get there, you get a bit of help from wilds and multipliers, which can be quite powerful, even if the list is shorter than in other pokies of theirs.

Startup Valley has you playing the role of a developer trying to strike it rich in a Silicon Valley inspired world.

Rather than humans, we see a number of sea creatures in the role of the developers, with a seahorse, octopus, squid, puffer fish and a sea dragon, all sitting in the board room.

You will find 5 reels and 15 lines to be sufficient in a game like this, as it can lead to wins of up to 1,000x, all while the volatility is only medium.

It does quite well even in delivering features, so you see symbols which are collected, free IPO spins, scatters, wilds or multipliers.

5 reels of 3 symbols each, with 27 active lines, are to be used in Robby The Illusionist, a pokie from TrueLab.

Magic tricks are popular with humans in general, and they look pretty good on the reels as well, where they mix in with four card suits to provide you with the necessary symbols.

A 96.54% RTP is the type to give a player hope, especially with wins of 3,000x possible, and with medium volatility characterizing the expected experience.

The wild symbol, free spins and scatters, those are common features, and fewer than in newer pokies designed by TrueLab.

Mining Factory is one of the earliest titles that TrueLab has released, a pokie which places the player in the control room of a factory.

They had a unique theme even back then, and they used it to deliver a pokie with high volatility and potential rewards of 6,480x the stake.

It all comes together in a game area of 5 reels and 27 lines.

Mining Factory does well feature wise, so we find inside all the options we have come to expect from their games, such as wilds, multipliers, free spins or bonus games.