Sthlm Gaming was founded in 2016, as a Swedish company, and they’ve quickly proven that they have what it takes to deliver good online pokies.

While they appear to have slowed things down lately, the 9 pokies they’ve put out so far all look great, and they could very well be decent games to try out.

Sthlm Gaming has an approach to development, which attempts to cover all devices equally well, making their pokies fun to play both on mobile and desktop, in portrait and landscape. 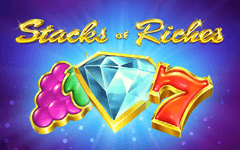 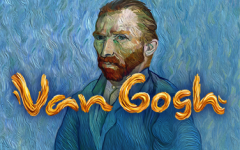 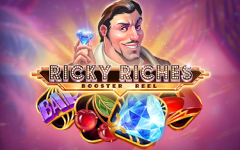 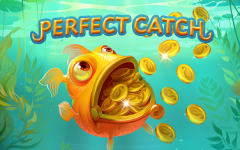 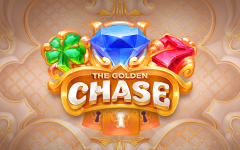 Casino On The House With just 9 pokies currently released by Sthlm Gaming, it’s not easy finding a few that are much better than the others.

Their releases all tend to have excellent graphics, which is an advantage for a company that has only been putting out pokies for a few years.

The company appears to focus mostly on highly volatile games, which means that they get bigger wins than average as well.

I found simple setups and features inside, and as they say, the target is to give the player a clear idea of how the big wins can come about, not to hide anything.

Wilds, regular and sticky, along with free spins, multiplier, symbol collection, expanding symbols, these are some of the special features that they’ve used so far.

We’re looking at 8 of the pokies available from Sthlm Gaming so far, in the following sections.

The story of Icarus, which the mythology of Ancient Greece has mentioned, tells us how the man escapes Crete by using wings made of wax and feathers.

Icarus Wilds is the pokie that Sthlm Gaming has built based on it, a gorgeous release with 5 reels and 243 ways to win.

It has potential to be extremely well received by players, especially thanks to its jackpot of up to 16,864x the stake, all while the RTP is above average at 96.52%.

Don’t count on elaborate features from it, it has a mix of regular or sticky wilds, multipliers, scatters and free spins, but there is nothing unique about that.

Casino On The House 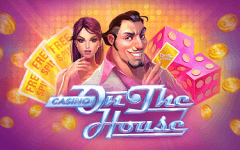 Casino On The House is further proof that the developers from Sthlm Gaming are trying their best to make the action interesting for players.

High RTP (96.50%), along with jackpots of up to 7,433x the stake, more than make up for the medium-high volatility rating that is mentioned.

It shouldn’t come as a surprise, that it’s a gambling themed pokie, and in fact the reels are filled with either Royals or images of gambling activities (cards, roulette, dice, etc).

I think that you will appreciate the features, which include Gold coins that can be collected, Super Free spins, up to 4x multipliers, wild reels and symbol upgrades.

One of their 2019 pokies, The Golden Chase is going to have guaranteed re-spins for each winning round, along with the possibility to expand the game area.

Once again, the volatility will be on the high side, but players can be handsomely rewarded, with up to 6,699x the stake.

The golden part they got right, as you will quickly notice, and they managed to make the precious metal look elegant, aristocratic even.

Perfect Catch will give us a very well designed, and at times humorous image, of a pond filled with vegetation, frogs, old boots, as well as tin cans or hook-themed Royals.

I love every pokie that I’m seeing Sthlm Gaming launch, and this one is no different. 5x3 reels with 20 lines are used.

It appears to be somewhat lower potential than some of their other pokies, with the jackpot going to 2,787x the stake, but the RTP is decent at 96.32%.

As I’ve previously mentioned, the special features are good, but not unique, and they use wilds or scatters, multipliers and free spins.

Boost It looks like a retro title, with an Art Deco style design, but with 243 ways to win on 5 reels, so it has a modern side as well.

You can use the various features present, such as wilds and multipliers, to get paid up to 8,100x the stake, while the RTP is at an excellent level of 97%.

It’s not modern, especially if you look at the graphics, but Boost It proves that you can make diamonds, cherries and lucky 7s look good, if you go for a retro look, rather than a dated one.

Ricky Riches is a character that we’ve seen in several games from Sthlm Gaming, but here he’s in a tropical location, with a mix of classic symbols filling the reels.

I think that you will enjoy the classic graphics, but you will be happy to hear that the special features are modern, and they give you wilds, scatters, multipliers, bonus games and free spins.

This one’s one of the more unique titles that I’ve seen this developer launch, and of course it’s Van Gogh that inspires it.

Since the famous painter inspires the theme, the design will show paintings of his, and even the background and the Royals will take a similar painted-like quality.

High volatility characterizes this pokie as well, along with wins of up to 5,000x and a 96.83% RTP that should convince art lovers easily.

From mega symbols, to wilds, scatters or the free spins with guaranteed wilds and multipliers, it’s a nice selection of features as well. 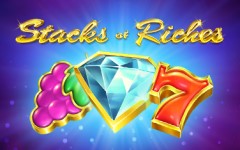 Stacks Of Riches is one of the first pokies that the developer released, and I can’t say that they had a strong start, since it’s the one with the lowest RTP (95.91%) and a classic fruit theme.

It pays up to 600x the stake, its volatility is medium, and there is only one major feature inside, the Wild.

I still see the same high quality for its design though, something that appears to be true regardless of how old their games are.