🎰 Spinomenal Casinos and Pokies in Australia

Spinomenal is an Israeli online casino game developer, that started in 2014. They have a heavy focus on pokies online, most of which are modern style video pokies with multiple bonus rounds and fancy graphics.

Because they’re a fairly new developer, Spinomenal’s pokies keep up with all the very latest features and ways to play.

They may not always have the freshest themes and visual ideas, but Aussie players are guaranteed a whole bunch of features and ways to win with Spinomenal pokies!

Spinomenal has a UK Gambling Commission licence too. That means us Aussie players can be certain their games are above board and legit in every way.

Try their pokies out today at our top-rated list of Aussie-friendly online casinos with Spinomenal games. Best of luck!

Although they only started in 2014, Spinomenal have already put out over 60 online pokies games. Nearly all of them can be played at Aussie online casinos today!

Although they might not have the most innovative themes, the gameplay on Spinomenal pokies is always up to date with the latest trends and designs in the scene.

Below are just a few of our favourite games from Spinomenal available in free play mode. To be as fair as possible we included a range of styles, from old-school to new, as well as some we really liked and others we weren’t such big fans of. We also recommend the best casinos for real money play a bit further below. 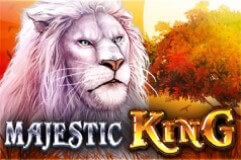 This is a typical Spinomenal slot, in that there’s not anything too different or interesting about the theme – but there’s whole lot of features and bonus rounds.

The first “Bonus Game” can be triggered by pulling three of the Savannah tree symbols. If this triggers, you’ll get five free spins with a meter on the side. If you pull 4 matching symbols in any on those five spins, the meter will top out. That gives you a multiplier and one extra free spin.

The second bonus game is a traditional free spin round that gives between 10 and 40 spins, with re-triggers. At the start of the round, one random symbol is picked as a double – meaning it counts as two of itself in any winning line. Easy! 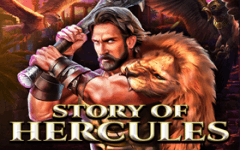 Although they might not be allowed to use the classic Disney Hercules character that many of us Aussies know and love, Spinomenal have done a decent job with the atmosphere on this mythical-themed pokie.

The best bit is the progress you feel as you unlock extra features in the bonus round each time you hit it! These include expanding wilds, moving wilds, extra wilds, and even a whole extra reel!

These can really add up for some nice winning combos, as you might imagine. They also mirror Hercule’s mythical journey but with less devils and hell and more potential for big wins!

There’s not a lot developers can do with the jungle theme, seeing as Aussie players have a lot of similarly styled options to choose from.

Still, Spinomenal do a decent job with Magical Amazon. The graphics are nice and modern, even if they don’t break any new ground.

The real attraction is the massive amount of bonus features available. Both bonus rounds are accessed by a 3×3 symbol that randomly appears across all the middle reels. It can be a big wheel, or a colossus statue symbol.

The big wheel gives you 5 free spins, with a random 3×3 symbol on each of them. That can see some big wins rack up quickly – up to 2500x on any one spin!

The other bonus is the Colossus round. This gives you one free spin with the same 3×3 piece locked in – plus a multiplier to your win.

On top of all that there’s mystery symbols, which convert to a winning line after you pull them, and a nudge feature that can randomly turn a near-miss into a win. Loads of stuff to explore on your jungle journey!

Once again, Spinomenal have taken a fairly well-known theme but added a whole load of gameplay features to keep it fresh. Whether that’s the 3 – 5 – 3 format of the reels or the host of bonus features – there’s a lot to experience here.

There’s a prize box treasure chest symbol that appears during the free spins round. It gives you a multiplier, between 1x and 10x, or an extra free spin. On every spin!

Then there’s also stacking wilds, which offer big prize potential if they land across reels 1 and 5.

Lastly, there’s the Mega symbols of Perseus, Athena and Medusa. These can appear in 2×2, 3×3 or even 4×4 formats. Grab them along with a multiplier in the free spins round and you could be in for some serious prizes!

Dare you brave Medusa’s lair with the mighty Perseus to find out? 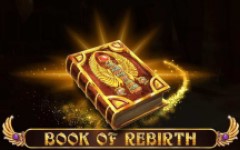 Unlike most pokies from Spinomenal, this game has quite frankly a tired theme – but also isn’t that interesting gameplay wise.

Probably our least favourite of their pokies we’ve looked at so far. Unless you’re a completely new Aussie pokies fan, you’ve probably seen games that look exactly like this one before.

There’s one free spins feature, which is triggered by pulling three Book of Rebirth symbols. Ancient Egyptian themed pokies with a magical book as the bonus symbol… If that doesn’t sound familiar to you, you might enjoy this.

If you’re in the know though, Book of Rebirth doesn’t really offer anything new. It does have a 5000x maximum win to be fair. However, there’s only way to get it (five Pharaoh symbols) so this pokies never really captures the excitement of a potential big win just around the corner.

After the simplicity of Book of Rebirth above, its back to Spinomenal’s trademark feature-packed pokies style for Demi Gods 2.

It has the same journey-style free spins round as their Story of Hercules pokie, which is really cool. Each time you unlock the bonus round there’ll be new features added, as you move between the realms of mythical gods and goddesses Hades, Aphrodite, Ares and Zeus.

Each one gives you a different feature, such as expanding wilds, extra scattered wilds, free respins… there’s a lot here!

Those free spins wins can really stack up, which is cool because the base game isn’t the highest potential payout. But hit some free spins and you could be in for a legendary payout! 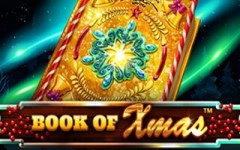 If you love the festive time of year, you might enjoy this one. However, as an Australian player, you’re probably not that sold on wintertime Christmas theme – as we usually spend ours on the beach or in our backyards enjoying the Summer weather!

Still, the theme might be for someone. There’s some decent gameplay here too, although it’s a lot simpler than most of Spinomenal’s other slots.

There’s one feature symbol, the Book of Xmas, which counts as both a Wild and the scatter to get into the bonus round.

During the 10 free spins bonus, one symbol is picked from a wheel to become an expanding symbol! After any wins are made, any of this symbol will expand to fill the reel.

As you can imagine, if you pull the game’s top Santa symbol as the expanding one, and then get one on every reel, the wins can definitely stack up. That might just make a Merry festive period for you and yours eh? 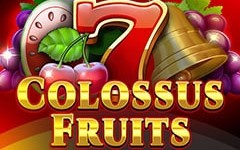 Lemons, cherries, blazing 7s – you know the deal with this one.

However, unlike some games that go straight traditional route of 3 reels, Colossus Fruits uses the same 3x5x3 reels style as Story of Medusa and others from Spinomenal.

The Bell, Lemon and Hot 7s symbols can all randomly appear as 2×2 or 3×3 symbols instead of the usual single tile. Then there’s also random Golden symbols which multiply their payout if you pull them.

Pick up a Golden Hot 7 in a triple format, plus a few on the other two reels, and you can see seriously big wins coming your way!

A nice mix of traditional gameplay and modern features makes Colossus Fruits as the dark horse of our favourite Spinomenal pokies for Aussie players.

Try it out today at one of our recommended Australian-facing online casinos, conveniently listed above!