Push Gaming is a pokies developer out of London, UK. These Brits make innovative and graphically impressive games, many of which can be played by Australian online pokies fans today!

As well as top games they have licences from gaming regulators in the UK and Malta, so you can be 100% sure all their games are above board.

They launched in 2010, original focusing on turning popular land-based pokies into online games.

After a few years they translated into online only pokies and hit the jackpot with uniquely innovative titles that offer lots of features. That’s what they continue to do today.

Read our reviews below to find a suitable game for you or jump right in at one of our recommended Push Gaming casino for Aussie players. Easy! 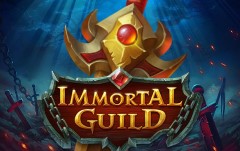 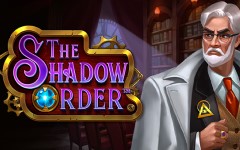 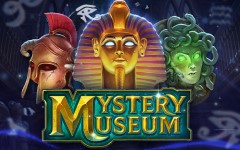 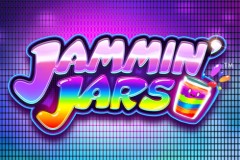 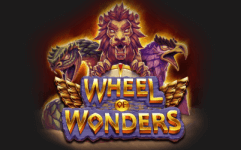 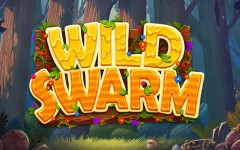 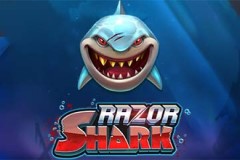 Push Gaming currently have about 30 pokies in their collection. That’s not a huge amount, but you can tell they’ve focused on quality rather than quantity over the years.

Their pokies tend to be visually exciting and offer two, three or even four different bonus rounds.

To make up for that, they’re often quite high variance – meaning you could lose for a lot of spins or hit win one big one quite easily!

Although they are very fast-paced and offer big payout potential, they may be intimidating for you old-school Aussie players who want a simpler pokie experience.

Still, for most players Push Gaming pokies are an absolute riot of unique gameplay and hefty prizes! 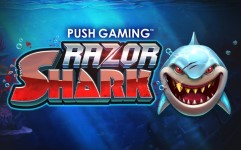 Although sharks are a fairly familiar theme for a pokie, this one from Push Gaming keeps everything fresh.

Funky music and slick graphics are paired with exciting and innovative gameplay plus massive prize potential. What more could you want?

The main mechanic here is the Mystery Reels. Pull a stack of mystery seaweed, and at the end of the spin it could become a matching set of any symbol or a golden shark!

Gold Sharks give you a multiplier on your win, up to 2500x, or they become extra scatter symbols.

Pull three scatters to unlock a bonus spin. Two whole reels are then filled with mystery stacks. Once revealed, win or not, they’ll tumble down one space and you get a respin!

Pull more mystery reels to continue the feature. Each one adds a multiplier, stacking up 5000x, so the biggest prize is 50,000x your stake. Happy hunting!

This nice and happy pokie is all about buzzing honeybees, with charming cartoon graphics and a forest backdrop.

During base game spins, honey bee symbols fly off into the hive above the reels after they’re counted in a win. Accumulate five of them and the swarm explodes out of the hive activating the Swarm Free Spins. This one gives you 10 spins with Sticky honey wilds!

The other free spins round doesn’t have any extra wilds added, but you get 15 of them.

The last bonus feature is the treasure chest. Pull it anywhere on the reels to collect a random prize, which could be a multiplier, cash, or a ticket into one of the bonus games!

Ancient Egyptian society is a very common theme for pokies. Push Gaming have taken a bit of a different approach with this one.

There’s a similar vibe but is actually about Mesopotamian mythology.

If you didn’t know, that’s a civilisation from around the same time period (or earlier) in ancient Iraq.

There’re eight different bonus features on Wheel of Wonders, so there’s not enough room to go in depth here.

The coolest two are the Ancient Wheel and Wheel of Wonders. They can offer all sorts – extra base reel positions, cash prizes, multipliers, extra Wilds on a retrigger spin, turning low value symbols into high ones… we can see why they called it Wheel of Wonder.

Navigate the two wheels into the free spins round where you can potentially win 47,000x your stake in just a few spins! Wondrous indeed.

Fruity pokies should be very familiar to any Australian pokies player. This one might use the same fruity symbols, but it plays very differently!

Each time you hit four or more of the same fruit together on the reels, they’ll disappear, and new symbols will tumble in – potentially chaining wins.

The big draw though is the Jammin Jar of the title. When they hit, they count as any fruit. Standard Wild!

However, if you win with them – they get a 1x multiplier and they move to a new place before a respin. Get two or more of them on the same stack of fruits and they’ll multiply by each other.

One losing spin though, and they’ll disappear.

Unless of course, you’re in the bonus round. It triggers if you pull three Jars, and gives you 10 spins with three jars for the whole round.

Catch three jars on one stack multiple turns in a row and the multipliers can get silly. Its possible to hit 20,000x off of just one spin and its retriggers. Funky!

The symbols are a bit random on this one, but the overall design is modern and slick. Australian players won’t often see four-reel online pokies, so that’s interesting by itself. You could say Push Gaming playing the joker with this one already!

The base game isn’t that interesting though, with no sticky wilds or anything like that.

The main attraction is three joker rounds – one for each joker scatter symbol of blue, green and red.

The blue round is three spins with locked Wilds and multipliers added.

The green round is a wheel spin game, with cash prizes, multipliers and entry into the other two.

The best one is the Red Joker Round which gives you 20 seconds of free spins – but pull any red jokers to speed the spins up and add a second.

Another atmospheric pokie, Australian fans of the movie series Night at the Museum will be well served by this one!

The dark and mysterious backdrop of an ancient artefact collection and the orchestral backing track put in a lot of work to keep this pokie exciting.

Like Razor Shark it uses a mystery reels feature. This can turn one whole reel into the same symbol (or even Wilds) on any random spin.

The free spins round gives you between 8 and 12 re-triggerable free spins. Any Mystery Reels that drop are locked in place for the duration – meaning some big wins are certainly possible!

Taking its inspiration from the classic steampunk novels of William Gibson and modern examples like the Robert Downey Jr. Sherlock Holmes movies, The Shadow Order has a great theme.

The gameplay is also super cool too. Each time you pull a ring symbol on the reels, it levels up one of four characters.

Molly the Messenger. Archie the Spy. Billy the Gambler. They can all upon the reels at random and do different things to your winning spin. Such as, dropping a cascade, adding Wilds or swapping out low value symbols for higher ones.

These effects get better as you upgrade, with some cool animations to go with them too.

The free spins round comes with only 5 spins, but Wilds become sticky – and can add multipliers to the symbols around them. With up to 30x on each Wild, the wins can really stack up.

There’s a lot going on here, but considering the game is about complex steampunk machines we can see why. If you’re the kind of Aussie pokies fan who likes fast paced action with a cool theme, you’ll no doubt enjoy The Shadow Order!

Australian pokie players who are also fans of Dungeons & Dragons, World of Warcraft or Lord of The Rings will love this one from Push Gaming.

Featuring an adventuring party of a hunter, mage and warrior, there’s a neat collapsing reel feature and some nice fantasy aesthetics.

Each time you pull 2 or more of the main three party members on top of each other, they’ll all collapse into one and pull more symbols on top of them to add to your win.

They’ll also add a multiplier depending on how many symbols collapsed. Epic!

The free spins game sees those collapsing symbols become Wilds instead! Fill a whole screen with collapsing Wilds and their multipliers to get somewhere near to the max potential of 50,000x your stake.

Will your party claim the ultimate prize? Try Immortal Guild out today at our recommended Push Gaming casinos for Australian players.