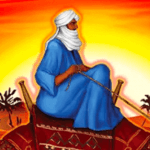 The sights and sounds of the majestic Sahara Desert make for a lovely theme in one of the first Lightning Link pokies from Aristocrat. The game is Sahara Gold and it overflows with images of camels silhouetted against the setting sun, scorpions, lavish palaces and oasis.

More theme related symbols include belly dancers and pyramids. The remaining part of the pay-table is reserved for the standard playing card royals that feature in other Lightning Link pokies, too.

The golden sand of the Sahara is always in the background while you spin the 5 reels. Symbols line up in three rows and the game’s configuration allows for 25 or 50 lines. Apart from base game wins, you can expect some extra features.

Hold & Spin, of course, links Sahara Gold with over a dozen other pokie machines in the series. Furthermore, the Free Games brings a randomly selected number of spins.

When compared to other Lightning Link titles, free spins are handled somewhat differently in Sahara Gold. Let’s not forget the possibility to win a progressive jackpot and three smaller jackpots, one of which is also a progressive but capped at $1,000. The two smallest ones are fixed.

The silhouette of a camel represents the Wild symbol in the game. A Bedouin rides it into the sunset, helping you to create winning combinations with matching symbols by replacing the ones missing for a win. The bonus icon is a yellow orb that can be a golden shield or a coin. Either way, you trigger the Hold & Spin mode when you collect 6 or more of them.

In the Hold & Spin round, there will be no other icons except for the golden orbs. They will appear carrying a number (representing a cash reward) or words (saying Mini, Minor or Major, representing the jackpots). You hit the spin button for 3 times with no charge to your balance. Each new yellow orb you collect resets this to 3 more spins.

Any way you slice it, you will get something out of it. You can win one of the four jackpots or cash. The longer the round lasts, the better chances you have to fill all the positions with orbs and grab the progressive Grand.

The symbol of a palace acts as the Scatter and you need at least 3 of them to go into Free Games mode. First, you will experience an animated sequence. A similar concept exists in Happy Lanterns, too. Instead of choosing between dancing lions, here you choose between two treasure chests.

They will reveal a number of free spins between 6 and 15 and a number of added wilds between 25 and 200. So what you get as your Free Games prize is decided at random. Added Wilds appear in long strips on reels 2 through 5.

As you know, Sahara Gold is a land-based pokie machines. The mates at Aristocrat haven’t made the moves to translate it to the online casino world.

When you crave some Sahara Gold action but you can’t visit your nearest pokie room, just go online and try one of our similar suggestions. They all have the attractive Arabic tone and lucrative bonuses, you can bet on it. 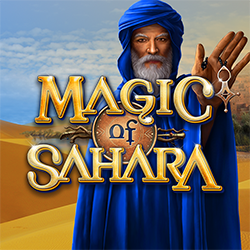 Magic of Sahara is an enchanting video slot machine developed by All41 Studios exclusively for Microgaming. Its main attributes are stunning visuals, stacked Wilds, free spins and a Token Chain feature.

The game is set in the Sahara desert, following some Tuareg Tribe traders searching the reels for treasures. Join them and experience rewarding features across a 5-reel and 3-row format. The number of active paylines is always 9.

There are two different ways to trigger the Free Spins round. You can collect three or more Scatter symbols or you can accumulate 25 tokens.

You get tokens every time the Tuareg Tribe nomad merchant symbols appear. It may sound as a difficult task to complete, but the reward is 25 free spins. Worth the try, don’t you think? 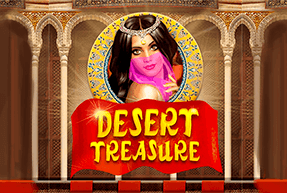 The Middle East theme is strong with Desert Treasure by bGaming. This pokie brings the magic of the Great Sands to your PC or mobile screen. The game stats offer 5 reels, 3 rows and 9 paying lines.

You will meet a gorgeous Arabic princess who will take on the role of Wild. The thief is a Scatter and 3, 4 or 5 thieves on the reels will activate 10, 25 and 50 free spins, respectively. Since the Free Spins is the only bonus round in the game, its effects are enhanced by adding a x3 multiplier to all wins.

If you appreciate the ancient fairytales of Arabian Nights, Desert Treasure will win you over easily. That, and its 8,000x the stake top payout.

Cash Camel is for pokie lovers who also seek a bit of humour and a cartoony style. The game is a 5-reel, 20-line machine that has a cheeky camel and its lucky cactus friend Wild Wally as protagonists.

The fun on the sand doesn’t end there because there is also a Cactus Bonus. It occurs when Wild Wally lands on reel 3 during regular play. You will have to pick a barrel to win 5 – 10 Free Spins with sticky respins.

NetEnt’s Arabian Nights must be one of the most recognizable titles with an Arabian theme and a progressive jackpot. Compared to contemporary pokies (the machine launched in 2005), it sports modest graphics, but its story and gameplay hold up.

This is a 5-reel, 3-row, 10-line game with Wilds and Scatter symbols, a free bonus spins round and a pooled jackpot.

Aladdin’s lamp symbol can bring you 15 free spins with all wins tripled. Land 5 Wilds (a smiling gem dealer) on a payline and you will manage to activate the jackpot feature and score the chef prize. The average pot size is over a million. 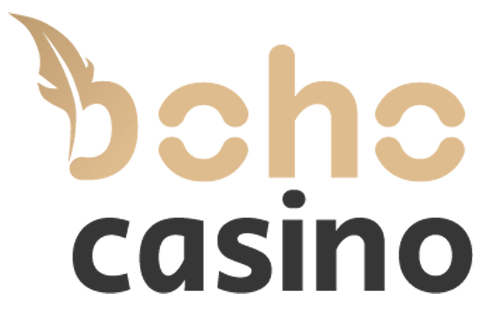