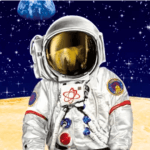 Lightning Link Moon Race is the 5th instalment in the series, presenting a distinct space theme. Each of the pokies from the network has a unique theme; this time astronauts and space exploration inspired Aristocrat developers to roll out Moon Race. They had all the freedom to implement the theme, but the game structure need to remain the same as with all sister pokie machines.

Under the covers, Moon Race plays out similarly to Best Bet. It shares the Hold & Spin mechanic with all Lightning Link machines and the Free Games with Richer Reels with Best Bet. The game also offers four jackpot rewards and cool lightning effects accompanying big wins.

The board is made of 5 columns and 3 rows. The payline configuration can give you either 25 or 50 paying lines and the bets range from 1c to 10c. Rather affordable and suitable for casual pokie lovers.

Moon Race takes place on the surface of the moon. The astronauts have landed and are exploring the Earths satellite. The low end of the paytable houses playing card royals, but as you move up to the higher payouts you will encounter a footprint, a rover, a satellite dish and some other type of space landing pod.

The astronaut is the Wild. He will appear on the second, third, fourth and fifth reel. The Wild can replace any other symbol if it favours the winning combo. It cannot replace the Scatter logo and the special symbol represented by the Moon.

Moon Race has two core features that bring extra winnings. The Hold & Spins is expected, as it is the integral part of all Lightning Link pokies. You need to hit 6 or more of the full Moon symbols to trigger the round. Only Moon symbols will appear and you will receive 3 free plays.

Any time you hit more Moon icons during Hold & Spin, your spins will reset to 3 again. The goal is to either collect as many Moon symbols to obtain all the cash prizes at the end of the feature or to fill the board with them for a chance to win the Grand Jackpot.

Other jackpots are in play, as well, so pay attention to Moon symbols with the Major, Minor and Mini Jackpot written on them.

The Moon Race Free Spins feature requires 3+ Scatters that carry the game logo. You will receive 10, 15 or 15 free spins for 3, 4 or 5 Scatters, respectively. Through the duration of the round all low-value symbols will disappear, leaving only high-payout icons on the board. Also, don’t be surprised to see the Wild astronaut covering entire reels.

At the point of writing, Moon Race is not available in a playable online format. None of the Lightning Link jackpot pokies is. So, we all have to improvise and try to find solid video slot machines that provide a similar experience. For us, it was an exciting challenge which resulted in several great alternatives to Moon Race. Read about them below. 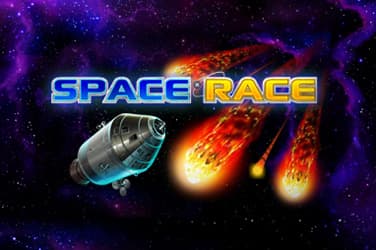 Space Race allows you to explore the cosmos and find hidden rewards among celestial bodies. It is a 5-reel, 3-row, 20-payline slot developed by Play’n GO, packed with thrilling features and bonus gameplay.

You will observe stars and space debris behind the reels, and great-looking symbols on them. Space Race includes A, K, Q, J, and 10, which are generic, but also includes symbols such as the Moon, the Earth, a satellite orb and an astronaut.

The main features of the Space Race pokie will grant you free spins and a bonus game. Landing 3 bonus icons and you will trigger a special round where you need to navigate a rocket through a meteor storm. 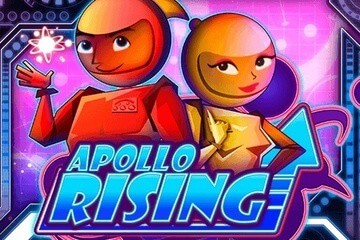 Apollo Rising comes from IGT, an experienced and versatile provider. In this game, the developers question your beliefs that space is the final frontier. The pokie benefits from 5 reels and 100 paylines. The conventional 3-row configuration is abandoned in favour of 8 rows.

The board houses symbols such as man and woman astronauts, a monkey and a dog from space, and the regular 9-Ace icons. They are colourful and nice to look at, aside from bringing sizeable wins.

The Wild acts as a trigger for the Rising Re-Spins Bonus. It only appears on reels 2, 3, and 4 and its appearance often comes with turning entire reels Wild. You may enjoy up to 3 repeated spins, no charge. 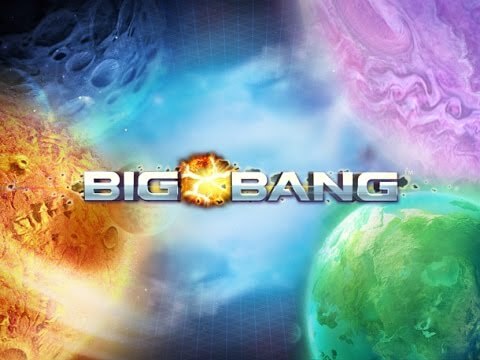 The Big Bang video pokie is a simple machine that came out in 2014. With NetEnt behind it, you can be sure that its appearance is mesmerising, despite its simplicity. The game comes with a 5×3 grid and 25 paylines to play with.

Increasing multipliers make the gameplay all the more exciting. Each time a winning combination occurs the multiplier level will go up, from x1, x2, x4 and x8 to x16 and finally x32.

Apart from the Progressive Multiplier Meter, the Big Bang pokie boasts a handy Wild. There are no jackpots or free games, but the RTP is 96% making it worth the try. 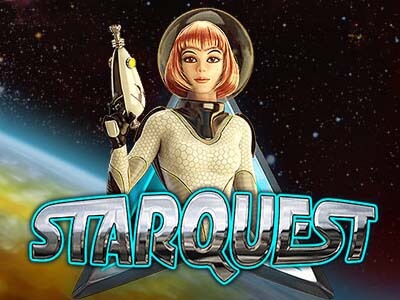 Starquest is one of Big Time Gaming’s most recognisable titles. The Aussie software provider made it a 6-reel pokie that offers as much as 117,649 ways to win. The number of rows varies. There can be 2 symbols or 7 on a single row.

The female astronaut is the game’s Wild symbol. She can land fully stacked on reels 2, 3, 4 and 5, which is something you love to see. Full-reel Wilds trigger a respin, too, with the Wild held in place.

Apart from its basic function of acting as a substitute, the Wild can also come with a multiplier. The multiplier value goes from x1 to x5 and if two Stacked Wild reels happen on a single spin, their multipliers will combine.