Eyes of Fortune is one of the early releases in the Lighting Link series. Aristocrat chose an animal/jungle theme for it, putting the Asian tiger under the spotlight. The majestic animal appears as one of the most influential symbols, staring straight at you.

Asian mainland is home to the Bengal, Malayan, Indochinese, and Amur tiger populations, which total around 3,500 tigers. Aristocrat might have also wanted to bring attention to the problems of habitat loss, poaching, and trade of tiger products going on in Asia.

Overall, the pokie looks amazing, with reels set against a deep, dark rainforest. The Tiger makes an appearance as the Wild, but only one reels 2, 3, 4 and 5. The lower end of the paytable presents card royals, whereas higher payouts come from symbols like the lotus flower, koi fish, crane and a set of golden Chinese coins.

The Scatter icon is represented by a red lantern with the word “fortune” written on it. Lanterns pay in any position and they activate the Free Games mode. There is also another special symbol in the game, and that is the emerald.

Flexible configuration allows players to choose their coin denominations and number of paylines, whereas the classic Aristocrat 5×3 layout catches no one off guard.

🎰 The Core Functionality of Eyes Of Fortune Deconstructed

This big-cat themed pokie machine has several things to offer. The lightning Link amazing storm effects are just the cherry on top, as players can enjoy the Hold & Spin feature in all its glory, followed by a Free Games round with big symbols.

Those who have already played a Lightning Link machine already know how the Hold & Spin mode works. You need to hit 6 or more of the special symbols (emeralds, in this case) which show cash amounts or jackpots. Initially, you are awarded with 3 spins, no charge, and before they run out you must collect at least another green gem to restart fresh with 3 more.

Three of the available jackpots become available during the feature. The biggest progressive jackpot, the Grand, will only hit if you manage to fill all the positions on screen with emeralds. The good thing is that you spin only emeralds, as other paytable symbols are shaded out and inactive.

Free Games include a reward of 6 free rounds, but you have to collect at least 3 Scatters to activate the bonus. The unique feature of the Eyes of Fortune pokie machine is the appearance of giant symbols. All symbols may appear as giant 3×3 icons, covering reels 2, 3 and 4. If a red lantern shows up in its giant form, 3 more free games will be awarded.

At this time, we can only confirm that Eyes of Fortune Lightning Link does not have a presence at any of the best Australian online casinos. Aristocrat hasn’t yet converted these jackpot games into online-compatible pokies.

Luckily, many software providers have provided similar online slot games that you can bet on and still have a comparable experience. These are some handpicked alternatives, hopefully you can give them a try. 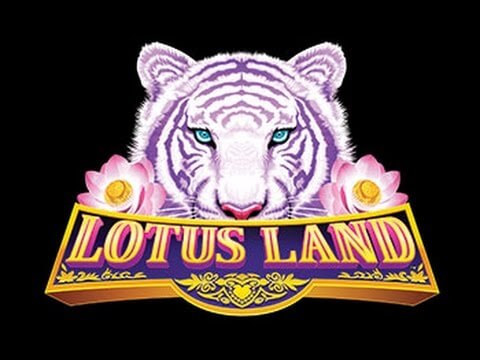 Lotus Land is an oriental-themed pokie that uses software by Konami. It is played over 5 reels and 3 rows, offering 30 paying lines. It’s not quite clear which country is the main inspiration for Lotus Land, but we can only assume it is Thailand, featuring bamboo forests, elephants and majestic white tigers.

Is it Konami’s best work? Perhaps not, but it comes complete with soft Asian music, free spins and multipliers. Once you successfully unlock the Free Spins round, you will receive 8, 12 or 20 free spins for 3, 4, or 5 lotus flower Scatters respectively.

The round can be re-triggered in the same way, so the win potential is much bigger than in the base game. All the more so when you see the upgraded multiplier-powered Wilds that only appear during free games.

Wilds can also land in stacks, so prepare to bag sizeable riches. Lotus Land has a return rate of 96.06% and delivers low variance. 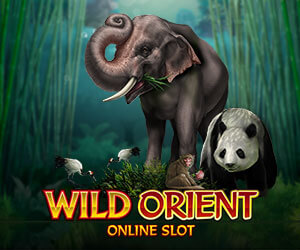 Wild Orient is a lovely online pokie set in an Asian jungle, developed by the industry veterans, Microgaming. It has 5 reels and 243 ways to win and focuses on the wildlife primarily.

Meet an elephant, a panda bear, a tropical bird, a fearless tiger, and a monkey and join them in this serene rainforest adventure designed to bring you respins, free spins and multipliers.

Land 3 or more elephant Scatter symbols anywhere on the reels to activate the Free Spins feature. As a reward, you’ll get 15 free rotations with all wins subject to a 3x multiplier.

The respins are available at the end of any regular spin. You can take advantage of them and spin a specific reel repeatedly, but at a set cost. 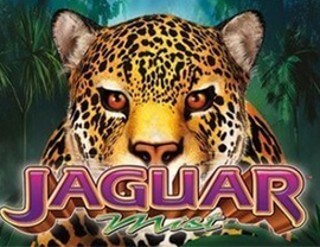 Published online by Aristocrat, the Jaguar Mist pokie has a 5×4 layout and 40 paylines. The treasure hunt is headed deep into the jungle where jaguars, parrots and exotic frogs reside.

What about dolphins and eagles?  Well, they must have lost their way and strayed away from their natural habitats. Anyway, if you don’t get too involved in the zoology you can enjoy a lot of action on the reels.

Orchid icons substitute for all other symbols to help complete a winning line, except for the Scatter represented by the coin. The Wild shows up only on reels 2, 3, and 4.

Each Wild becomes either x2 or x3 multiplier during the Free Spins round. Once you activate it, you can claim 8, 15, or 20 free games respectively when sets of 3, 4, and 5 Scatters stick. Stats-wise, the game brings medium-level variance and a 95.15% RTP. 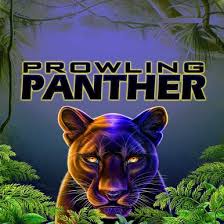 Yet another feline-themed online pokie, Prowling Panther comes from the experienced developer team at IGT. The visuals are easy on the eye and the wildlife inspiration shines through across 5 reels of majestic symbols. The layout is far from usual, though, as it displays a 3-4-5-4-3 structure.

Traditional A, K, Q, J and 10 icons aside, you will encounter black panthers, parrots, toucans and golden panthers among the tall green ferns of a distant Asian jungle.

The Free Spins Bonus is activated when 3+ golden panther symbols appear on the reels. The round awards between 8 and 96 freebies with the possibility of retriggering more. In addition, the feature benefits from stacked Wilds and multiplier Wilds. However, they will only appear on the middle reels.