A Taiwanese developer which has been founded in 2014, Ka Gaming has more than 270 casino games in their collection, out of which 260 are pokies playable for real money.

They’re doing amazingly well when it comes to game development, and they’ve already surpassed what others have been doing in a much longer period.

Ka Gaming is offering content for both online and land-based casinos, and their pokie machines are fun to play, at least on average.

A big advantage, when you have a games collection like this, is that you can cover all the angles.

You can use a lot of different themes, game area sizes, fewer or more paylines, low or high volatility. There is something for everyone there. 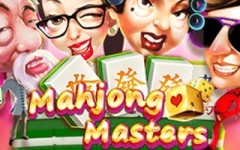 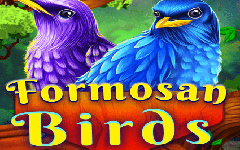 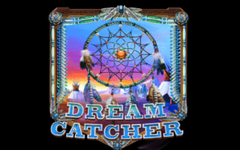 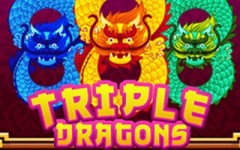 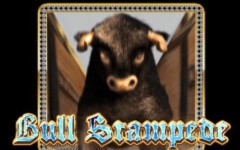 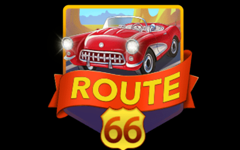 A lot of those pokies have medium volatility, where the risk that’s involved with individual gaming sessions is not going to any extremes.

I’d also note that the RTP is usually somewhere around 96%, either a bit below or above that level, which is considered average, definitely not the highest paying.

Since there are 260 pokies, you do get a lot of different themes, and sometimes there will be several titles with similar stories, but different graphics and gameplay styles.

A lot of these pokies will feature some sort of wilds, scatters or free spins.

In some cases, you might even get multipliers, but there doesn’t seem to be a lot of innovation in many of their games.

Below, you will find a presentation of 8 of their best pokies.

Like a lot of the pokies we’ve seen from Ka Gaming so far, Pirate King has medium volatility and an average RTP, at 96.15%.

I appreciated its graphics, even though the symbols are on the simple side, and the fact that you don’t get unrelated symbols, like in plenty of other modern pokies.

Expect to play on 5×4 reels, and you will find there 50 active lines. It appears that top wins of 200x the stake are the best that the game will do.

Moving on to special features, it’s a common mix of a Parrot Wild, several scatters (Treasure Chest and Treasure Map), free spins and a bonus game.

Route 66 is probably the most famous highway from US, especially when it comes to pokies, with several other titles competing in this particular niche.

Route 66 is a Ka gaming release from 2019, a game with 5×4 reels and 1024 ways to win, a setup which allows for easy formation of winning combinations.

Jackpots of up to 8,100x the stake make it look like a juicy target, especially with that medium volatility rating it has.

Once again, it’s a pokie with all-themed symbols, using images of signs, buildings and objects.

Whether it’s wilds, scatters, multipliers or free spins, there should be enough special features for you to enjoy inside.

This one’s taking us to Spain, where we get to witness a bull fighting show, all under the name of Bull Stampede.

It’s a big game area, it has 50 lines on 5×4 reels, and an interesting theme which could’ve been implemented better.

Best of all, it looks like a game with excellent potential, thanks to a top jackpot of 5,000x that you could take home.

There is nothing too special about its features though, since all you get is a wild Crown, a Red Rose scatter, and 15 free spins.

Triple Dragons is not the type of game that might sound impressive to you, but the fact that it has good graphics and 3×1 reels already makes it different.

There aren’t a lot of good-looking pokies right now, in the 3-reels category, but this one manages it and it has only three types of dragons for its symbols.

It’s as simple as it sounds, with that 1 line allowing for combinations to form, but including no special features whatsoever.

The Native American theme is also covered, one of the many which get attention from Ka Gaming, and the name of the pokie is Dream Catcher.

Dream Catcher has 30 bet lines and 5×3 reels to spin, a standard setup which is nonetheless quite powerful here.

As interesting as the payouts may be, the mix of features seems standard, giving us wilds, multipliers, scatters and free spins.

From a Taiwanese developer, comes a pokie with a Taiwan inspired theme, the title referring to the birds of their island (also known as Formosa by the indigenous population).

The gameplay is characterized by medium volatility, and the pokie tends to pay often (1 in 3 spins forms winning combinations), with the Return to Player being 96.02%.

Finally, the usual Ka Gaming features were used, so we’re getting help from wilds when forming combinations, or from scatters in triggering free games (up to 20 rounds).

A 2018 pokie, Mahjong Master is available from Ka Gaming as a release which is dedicated to the popular Chinese game.

The theme is the only one that’s inspired by the game, along with the excellent symbols found on its reels.

Otherwise, the setup is a regular one, with 5×4 reels & 50 bet lines, while the special features are standard, with free spins, wilds and scatters.

As common as it might be, I think that you will still appreciate the mix of medium volatility, 96% RTP and jackpots of up to 5,000x.

Polynesian looks like the right game to check out, if you’re in the mood for a tropical island story.

It’s also a pretty good option for those that want good returns, since it pays as much as 7,500x the stake, while keeping a medium volatility that many will appreciate.

5×3 reels hold 243 ways to win in this case, together with 15 symbols which can use either Royals or images of Polynesian people and other related symbols.

Up to 5x wild multipliers, scatters and free spins, this is a combination which might make the pokie a bit more interesting than some of the others we’ve seen from them.