🎰 GameArt Casinos and Pokies in Australia

GameArt is a relatively new online pokies developer, having been founded in 2013.

In the few years since then, they’ve made over 85 online pokies. Many of these are available at Aus facing online casino sites!

They may not be the most prestigious developer, but GameArt are licenced by the well-known Maltese Gambling Commission and have worked with some of the biggest names in the pokies scene including SoftSwiss and 1×2 Gaming.

They’re known for publishing one new pokie every month for the past few years, and they’ve been keeping that up consistently.

You can check out just some of GameArt’s most popular real money pokies in our mini reviews below. Or you can play them yourself straight away, at our recommended Australian-friendly online casinos. Easy! 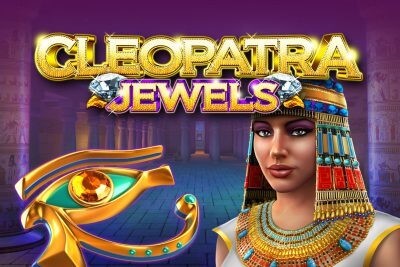 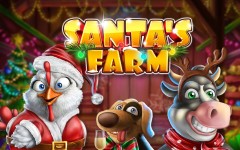 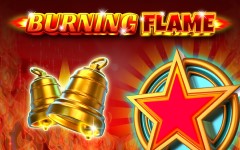 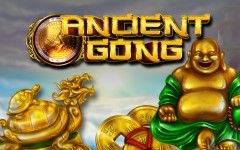 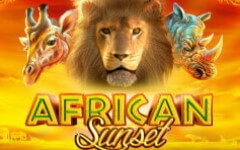 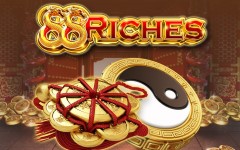 GameArt pokies have reasonable graphics and gameplay. They don’t innovate too much with themes or features, but they bring some strong prizes!

They’ve recently even added progressive jackpots that run across their newer titles. They trigger at random during any game, and they consist of four levels. The top level can reach AU$250,000 or more!

GameArt games are usually fairly high variance. This means the base games don’t always pay out the most, but if you hit a bonus round – you could win 2000 to 10,000x your bet or more!

That’s not a bad selection of prizes. To fit the Asian theme of many of their pokies, the jackpot symbols are taken from the Chinese Zodiac too.

Will you win the Green Dragon jackpot? Only one way to find out – by trying out some of their best games below!

The number 88 is considered a super-lucky number by many Chinese people in the modern day.

That might not be so true for Australian pokies fans.

But we reckon you’d still feel pretty lucky if you hit big on the sticky Wilds free spins round in this high variance pokie from GameArt!

The theme might be nothing new to anyone who knows pokies (golden dragons, red envelopes, koi fish etc.) but the bonus prizes on 88 Riches are still worth a fortune to the right player.

That’s because in the 10 free spins bonus round, every time you pull a dragon Wild it sticks to the reels for the rest of your free spins.

That can definitely rack you some big wins – hopefully a bit more than AU$88 eh?

The music and graphics aren’t bad at all, but if you’re an Aussie who’s played online pokies before you’ll already know most of these symbols.

The base game has a max payout of 500x for pulling five lions. However, things get really interesting in the roaring bonus round!

Pull a scatter on reel 1 and a lion on reel 5 to unlick 15 free spins as standard. Each time you get a win, a random multiplier will be added – of up to 10x!

That can really see your wins stack up. Try African Sunset out today and see if you can get the lion’s share of the prizes!

Ancient Gong doesn’t innovate much with its theme or visual design – but it does have big prizes. Sensing a theme from GameArt here?

Just on the base game, you can bag up to 1250x by pulling five golden gongs. Once into the bonus round, where you can get up to 25 free spins, each win is doubled!

So, if you pull five golden gongs on more than one reel in the bonus rounds, the wins can massively stack up.

Your entrance ticket to the bonus round is also kind of cool. You’re given 10 ancient gongs to pick from, and underneath each one is between 1 and 5 free spins.

It feels like GameArt went out all out with the graphics on this one, but kind of forgot about the paytable.

The translucent reels and golden borders with lovely music make this one of the most atmospheric of GameArt’s pokies.

However, pulling a five Wild payline combo would net you just 70x your bet. Compare that to Ancient Gong above, with 1250x for the same combo and you can see what we mean.

2 scatter symbols pay out just 2x your bet, which is a fairly low one too.

The bonus round does offer some potential for bigger wins with its stacked Wilds, but that’s not enough to make up for the low base paytable.

It may look good, but for Aussie players looking for big wins – this isn’t GameArt’s finest pokie that’s for sure!

We know a lot of Aussie players love traditional fruity pokies as often found in land-based venues, and this one is about as old-school as you can get.

Burning Flame has a flaming background to the reels, but other than that it’s your classic vintage fruity pokie vibe.

Think lemons, cherries, bells and the star of the show the Lucky 7. Pull five of them on one reel to get 1000x your bet!

That’s it. There’s no bonus round, no wilds or no extra mechanics. Just classic spinning reel action!

Some Australian pokies fans will love that, but many will want a bit more. Decide for yourself by trying Burning Flame at one of our top casinos today!

Christmas themed pokies are always a bit hit and miss for Australian players, because our Christmas isn’t usually snowy like it is for many who celebrate it around the world.

Still, if you more usually enjoy your festive season on the beach than a snowy forest – GameArt’s Santa’s Farm might offer something different!

The cutesy Christmas animal animations make for a cool take on an otherwise dated theme too.

This is a high variance game though. So, you might not win too much as you play normally – but hit a couple of the Wilds to get a free spins bonus and some big wins could rack up.

Wouldn’t that be a Merry Christmas eh?

Caligula is one of our favourite pokies from GameArt, and we’re sure a lot of Aussies will agree.

Instead of a generic Ancient Rome theme, they picked a specific character from history, Caligula, and themed it around that.

Caligula was one of history’s craziest and badass rulers, so they could have done a bit more with it we reckon – but this is still a very good pokie.

It packs great 3D graphics (for a GameArt pokie at least) and a lovely multiplier for the free spins bonus round.

Three Golden Centurions are the symbol you need for free spins. If you pull one of the fifth reel you’ll get a random multiplier on all your spins as well, from 2x all the way to 12x.

Pull another one during your free spins and you’ll go up a multiplier level!

On top of that there’s Caesar wilds that randomly turn symbols around them into winning lines. 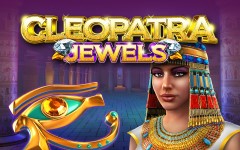 The Ancient Egyptian queen Cleopatra has been the key figure in more pokies games than we could count over the years.

Although this one is not too different, some of the most well-known options (Microgaming, we’re looking at you) might not be available to Australian online pokies fans.

So, GameArt’s Cleopatra’s Jewels could be a nice alternative.

There’s some decent win potential here, if you pull 7 or more Cleopatra symbols.

The big draw though is the free spins bonus. In this round, any Wilds that hit the reels will retrigger a new spin – with that wild locked in place. Not only that, but if you pulled more than one Wild your next win will be multiplied by that many!

Will you raid Cleopatra’s Jewels for a massive free spin bonus win? Only one way to find out – try it today at one of our recommended Aussie-friendly online casinos.