There are seemingly more features that we can keep track of when viewing the world of online pokies these days with countless more options released every week.

From sticky wilds and bonus buy features to rotating reels and scatter wilds, there’s more excitement going in simple slots games than ever before. One of the most popular features that players are able to enjoy when navigating the slots library is that of expanding wilds – a multiplier-heavy feature offered in several top titles.

If you’re not familiar with what exactly an expanding wild is, it can easily be explained as a typical random wild that then vertically expands, covering the symbols on an entire row. This wild row is then able to build a plethora of big-win combinations for players, often multiplying the wins by as many spins available.

The way that expanding wilds function is typically slightly different depending on the game chosen and although it can be a confusing business when describing in words, it’s often much simpler when playing the games for the first time. Before you jump into real money pokies experience, we’d recommend you go through all information on this page and other pokie related guides.

Although the expanding wild feature is a relatively new innovation in the industry of online pokies, there’s a huge number of video slots that have adopted the feature in their game.

Unfortunately, not all of these games offering these top features are as good as the wilds themselves and it’s not uncommon for players to be unimpressed with their game choice despite a long list of great wild options. So, to save you the pain of settling for subpar slots, we’ve listed some of our absolute favourite pokies below, all of which include that glorious expanding wild feature.

From NetEnt’s famous “Starburst” and “Jack and the Beanstalk” pokies to Play’NGo’s “That’s Rich” and Nolimit City’s “Tombstone”, here are our top picks of expanding wild pokies. 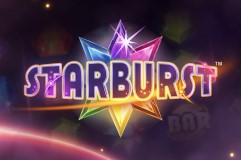 Online pokies would be a very different place if it wasn’t for NetEnt’s legendary 2012 release of Starburst.

The game, still popular with pokie-punters today, offers a nice and simple gem theme with a dark and spacey background that looks great across our devices. Despite approaching its 10th birthday, the game could have passed for being released yesterday with its fresh feel.

Playing are is nice and traditional with a 5×3 play area offering just 15 symbols and only 10 paylines (paying both ways), something that high octane slots fans might be disappointed by. However, with bonus features including those expanding wilds and respins, it’s a simple staple in the pokie library of any online casino.

The RTP hovers perfectly around the industry average at 96.01%, but it’s the volatility offered that attracts players of all shapes and sizes. Starburst is recognised as a lowly volatile slot, making it perfect for a low-risk pokie that everyone can enjoy. 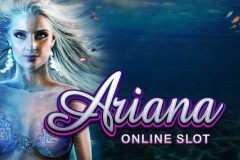 Released by Microgaming back in 2015, Ariana is one of the lesser-known online pokies appealing to a niche player category.

The pokie is played underwater with the below-sea-level approach taken throughout the entirety of the game. Players can expect to see submerged treasure chests, starfish and Ariana (who we presume is a mermaid) acting as the expanding reel symbol in the game.

There’s a typical play area of 15 symbols in a 5-reel layout with a total of 25 different fixed paylines to play with. Bonuses are a little scarce in the game, however, the expanding wild acts as a great main feature of the game that keeps players coming back to the underwater pokie.

Players will find the RTP to be just slightly below the industry average at 95.4%, something that’s sure to turn some players off the pokie. However, volatility is medium, ensuring that players with varying bankroll sizes are able to visit Ariana to see for themselves what all the fuss is about!

Jack and the Beanstalk (NetEnt) 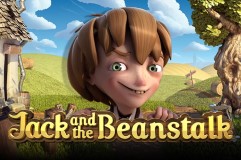 NetEnt launched Jack and the Beanstalk in 2013, the year following its great success with Starburst to great reviews.

The theme of the game is exactly what it says on the tin (well, the title) as the game covers that timeless classic fairytale, Jack and the Beanstalk. Players should expect Jack himself, watering cans and even a particularly unimpressed goat acting as symbols across the reels.

Just like Starburst, the game is played across a total of 15 symbols in a 5×3 construction with a total of 20 paylines available. Bonus features are strong in Jack and the Beanstalk with bettors finding a treasure collection available to boost wilds as well as experience walking wilds and cash-in with multipliers offering 3x wins.

The industry average RTP value of 96.28% is available when playing the pokie with high volatility offering a high-risk video slot. A maximum win of 1,500x the original wager isn’t going to be dropping any jaws, but for a staple slot, we’re always happy to play Jack and the Beanstalk. Released by Relax Gaming in 2020, Iron Bank is one of the most exciting new games to ever come out of the software providers studio.

The game follows the theme of a Cuban bank job and players are required to spin the wheels in an effort to access different heist options, each with varying (but mostly high) volatility. The mechanics and graphics are top-notch, as you’d expect from Relax and ultimately, it makes for a wonderful gaming experience.

Iron Bank is played across a 6×4 play area, offering a total of 24 different symbols, 4,096 different paylines and a maximum win of a huge 49998.9x the original bet. The buy bonus feature can be accessed by clicking the option to the left of the reels, giving players the chance to choose between 8 free spins with a sticky mystery symbol, 10 free spins with the expanding wilds or 12 free spins with a multiplier collect feature.

The RTP value for the game is great, ranging between 96.2% and 97.0%, depending on the bonus games chosen. Volatility is also affected by bonus choice with expanding wilds offering the riskiest option. 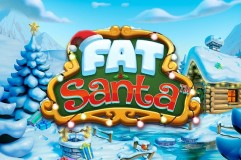 Looking for a festive-theme slot to play throughout the month of December (or July, whenever you want really), it has to be Push Gaming’s 2018 release of Fat Santa.

The main man in red is the clear focus of this Christmas-inspired pokie with Santa featured when spinning the reels. Players should expect fleeting visits from reindeer, countless gifts and even tree decorations as they spin the reels in the hope that Christmas really will come early.

A large play area offering a total of 25 playing symbols in a square grid is available, translating to a respectable 50 different paylines and a whopping maximum win of 10,223x the original wager. Features are jampacked into this pokie with sticky wilds, expanding wilds and countless others all available to be enjoyed by festive fans around the world.

An industry average RTP value of 96.45% can be observed by players frequenting the pokie with a medium/high volatility offering some medium/high Christmas risk. We’re not convinced many choose to play Fat Santa outside of the festive period, but when December rolls around, there are not many more fitting games available. 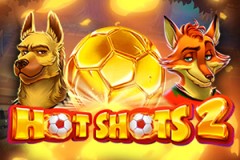 Back with their second iteration of the incredibly popular Hot Shots slot (released in 2018), Hot Shots 2 (released in 2020) promised and delivered a spectacular gaming experience made by iSoftBet.

All guesses go out the window for the theme of this pokie, especially if you’re thinking of the 1993 comedy/war movie starring Charlie Sheen. No, the theme of Hot Shots 2 is football dogs. You’ve read that correctly, canines that also appear to be soccer fans – that’s a first – well, apart from the original, of course.

The game is played over a traditional 5×3 area with a total of 243 different ways to win a series of great features including, but not limited to, those expanding wilds we all know and love. This all works together to create a maximum (capped) win of 12,150x the original wager, not something to be sniffed at.

The RTP value sits bang on the industry average that we’d expect for a soccer/dog-themed slot with a rating of 96%. Volatility is rated high in Hot Shots 2, favouring those players with a larger bankroll that do prefer a riskier pokie – overall, it’s a strange recipe but one that we think works incredibly well, like a Tim Burton movie. 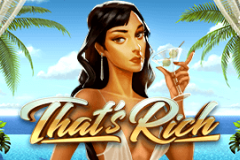 Released by Play’NGo in 2020, That’s Rich transports players to a reel-based life of luxury.

The theme of the pokie is plain and simple – it’s money. Players are instantly aware of their luxurious surroundings thanks to an ocean view clear in the background of the slot. Symbols range from glamour models to handbags and yachts, truly representing how the other half lives.

The pokie is built from a 5×3 play area offering a small total of just 10 different paylines but a good-sized maximum win of up to 10,000x the original wager. Features of That’s Rich include our favourite expanding wilds, a fantastic win spins feature in which players can be awarded up to 20 free spins and a scatter feature offering winning multipliers up to 20x.

The RTP sits within the industry average range with a value of 96.27%, nothing worth complaining about, but not particularly exciting either. Variance is, unsurprisingly, high in this cash-themed pokie, great for those looking for a good helping of risk in the game. 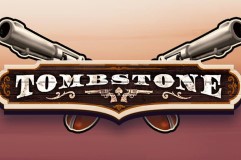 Last up on our list of the best pokies with expanding wilds comes Tombstone from Nolimit City, released in May of 2019.

The pokie turns to the trusty wild west theme in a fresh take on the heavily covered focal point for the online slots market. Six-shooters, horseshoes and gold bars are featured across the reels in an almost cartoonish style – it’s a refreshing aesthetic that we give top marks to.

The game is a 5-reel slot but not as we’ve seen before with only 12 symbols but a mindbending 108 ways to win. This offers a maximum win that’s high at a huge 11,456x the original wager with plenty of bonus features along the way, including scatter wilds and expanding wilds for good measure.

The value of the RTP sits at 96.19%, around the average that we’d expect to see for a slot of this type. Volatility is high, as you may have guessed from the sizeable maximum win, and is best suited to those players that appreciate a riskier game.