Founded way back in 1968 with the name Advanced Patent Technology outside of the gambling industry, the company now known as Bally Technologies is one of the oldest pokies providers in the business.

The company began its transition into the gaming industry in 1979 with the acquisition of United Coin Machine Company, which at that time was one of the largest slot route operators in all of Nevada. By 1996, the company name had changed to Alliance Gaming and acquired Bally Gaming International before ultimately adopting the Bally name in 2006.

Bally was ultimately acquired in 2014 by Scientific Games, one of the largest operators in the gambling industry with the company owning three other major brands in SG, WMS and Shuffle Master.

During its time in the gaming industry, the company has focused on pokies with both traditional land-based and modern online games offered. If you’ve ever been to a casino or played pokies online, chances are that you’ve enjoyed one of Bally’s finest at least once before.

However, it’s the online pokies variety that we’re the most interested in and thankfully, with over 50 different games released by the company, there’s plenty to get stuck into.

Bally Technologies have released an incredibly wide range of real money online pokies over the years that the company has been active.

However, just because the slot giant has been in the business of releasing pokies for a long period of time does not mean that all of their games are worthy of great titles. If you’re not careful when selecting your slot, you may find yourself with a subpar selection instead of the top of the food chain in the Bally pokies.

Below, we’ve listed some of the most popular Bally Pokies with everything from Fu Dao Le and Monopoly Heights to Michael Jackson and Celestial King. There’s something for everyone in the most popular slots from the much-loved provider. 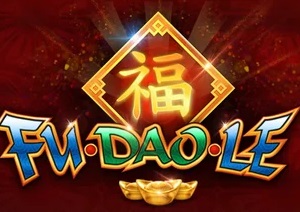 Released in 2017, Fu Dao Le is one of the most popular slots from Bally Technologies and inspired by the physical video slot of the same name.

Fu Dao Le is an oriental-themed slot with graphics, animation and sound design that players are sure to fall in love with.

There’s a total of 243 different ways to win that players are able to battle with when spinning the reels. Features include fan-favourites such as clumped wilds and mystery stacked reels, adding a much-needed spin on the original slot.

There’s an RTP of 96% which is around the average that we would expect from a typical video slot. Volatility aims to be as inclusive as possible and sticks to a medium rating, allowing players with varying bankroll sizes to pop in and enjoy the game. 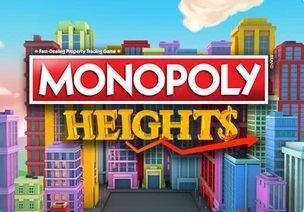 Launched in 2019, Monopoly Heights offers another video slot take on the classic board game brand.

There’s no denying that the game comes from the Monopoly factories with top symbols including free parking, the community chest, hotels and of course, Rich Uncle Pennybags.

The highlight of the game comes in the expanding reel feature, the bulk of the game in which players can see the paylines increase from 1,024 to 3,125, 7,776, 16,807 and finally 32,768 ways to win. The game offers an around average RTP of 95.85% as well as low volatility, ensuring that risk-averse players and those with smaller bankroll sizes can enjoy the slot.

Overall, it’s an entertaining and charming game, although we’re not convinced it’s the best Monopoly option out there. As with all Monopoly-themed games, it’s worth trying out to generate your own verdict. 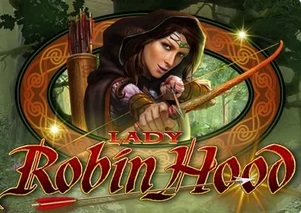 Released in 2014, Lady Robin Hood is another of the most popular video slots released by Bally Technologies.

The theme, as clearly hinted by the title of the slot, follows the story of a female Robin Hood and band of merry men. There are arrows, daggers and the protagonist herself making their way onto the reels after a quick spin and the slot looks and plays great.

There’s a total of 40 paylines in the 5-reel slot and a maximum win of 200x the original stake made the player. Highlights include the bonus round, triggered with 3 or more wilds appearing on the reels, offering the chance for some big wins.

The RTP of the slot is a little on the lower side of things sitting at 94%, something that we’re not too fond of, but low volatility reduces the risk of players burning through their bankroll quite as quickly. 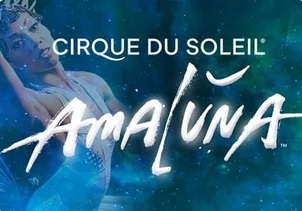 Inspired by the incredible touring show of the same name, the Cirque du Soleil Amaluna, released by Bally in 2019, is one of the best performing (pardon the pun) slots to date.

The theme is, unsurprisingly, based on the famous Cirque du Soleil show with players experiencing the video slot equivalent of an award-winning show. The game looks and feels incredible and with a strong theme to match, players are sure to enjoy the spectacle.

The volatility of the slot stands at medium, forming a nice middle-ground for the majority of players and with an RTP sitting at 96.5%, there’s a payback value that players can’t argue with.

If you’re a fan of the Amaluna slot, why not try out Bally’s other Cirque Du Soleil inspired slot in “Kooza”, offering an alternative performance-experience to video slot fans. 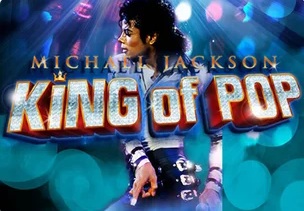 Inspired by the King of Pop himself, the Michael Jackson slot released by Bally in 2016.

The theme is exactly what you may expect with symbols ranging from the iconic single glove to the pointed shoes of the pop icon. The King of Pop slot might not be for everyone, but for big-time fans of MJ, it’s bound to be a hit.

A total of 40 paylines are available for players to get their teeth stuck into with a maximum jackpot of a whopping 2,500x the original stake wagered.

The RTP sits at the average value of 96.01% and medium volatility gives the game a broad range of players able to pop in for a flutter from time to time. It’s a great addition to the Bally library to suit any MJ superfan. 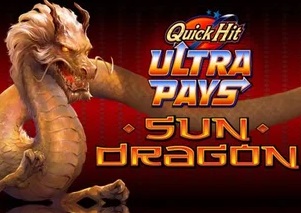 If there’s one game format that Bally does well, it’s the Quick Hit range and Quick Hit Ultra Pays Sun Dragon, released in 2018, is one of the best of the bunch.

The oriental-themed slot offers players a physical gaming experience from the comfort of their own home thanks to the incredible traditional design.

There’s a total of 243 different paylines offered across the 5-reel slot and a whopping maximum win of 1,500x the original wager made by the player. The RTP sits at a respectable 95.97% and, when matched with the medium volatility rating of the slot, gives all players the chance to cash-in on the top slot.

Overall, the game is one of the most popular slots from Bally for good reason, worth checking out if spotted in a game library. Released in 2018, Lucky Link Beats is another of the most popular slot coming out of the doors of Bally Technologies.

The theme of the game is one that we’ve not seen before and covers all things DJ. Players will find typical playing card symbols paired with headphones, mixing decks and microphones to create an electronic dance feeling throughout the game.

There’s a total of 50 paylines across the 5-reel slot that players will be battling with for the chance to win up to 200x the original stake. The RTP sits at the average mark of 96.09% and low volatility opens the game up to low-risk techno fans.

The game offers a great example of a theme that hasn’t been explored or overused and does a fantastic job in doing so. 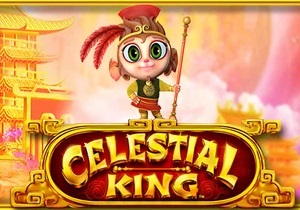 Celestial King, released in 2018, is one of the best-loved slots created by Bally.

The oriental-themed slot is said to be inspired the legend of Sun Wukong, the Monkey King protagonist in Journey to the West, one of four classic novels in Chinese literature. The slot looks great and plays incredibly with stunning graphics and animation.

Players will find a total of 30 paylines in the video slot with a maximum payout of 1,125x the original stake. The RTP is around the average of 96.3% and with medium volatility, offers a great middle-ground for all players looking to enjoy.

It’s a great video slot packed with all kinds of features and surprises, well worth a play if you’re ever in the position.