Wolf Moon is an online pokie powered by Aristocrat, which first become available at land-based casinos. After having major success at brick and mortar casino floors, the game was adapted for online play.

Aristocrat software fans can enjoy a proper animal-driven adventure at casinos on the web, across 6 reels and 4 rows with Xtra Reel Power mechanic.

The centrepiece of Woolf Moon is the wolf, the majestic king of the forest. The game is set in a northern region where moonlight appears more beautiful than anywhere else on Earth.

One of the symbols on the screen is an image of two wolf cubs howling at the moon. One of the reasons why wolves are so interesting to people is their piercing stare and spine-tingling howls.

Other symbols joining the pack are bears, moose, puffins and adult wolves. The paytable also presents dazzling snowflakes, which take on the role of the Scatter symbol.

The full moon is the Wild symbol in the game, substituting for the animals and playing card icons to complete a winning line. Full moon Wilds only appear on the 3rd and 4th reels.

The control panel allows you to set the stakes and move on to spinning the reels. Unlike most Aristocrat pokie machines, Wolf Moon doesn’t feature the Gamble button below the reels.

The optional gamble feature is a nice addition, but Wild Moon has a different combination of bonuses to compensate.

The main bonus round awards free spins to the player who collects at least 3 snowflake symbols on the reels. For the minimum number of Scatter, you’ll receive 12 free games.

If you accumulate 6 on a single spin, your reward will be 40 free spins!  As soon as the bonus round begins, there will be a Lucky Zone highlighted on the screen. It will appear as a glowing green box around a 4×4 middle area of the board.

Whenever a wild lands in the Lucky Zone, it turns the entire reels 3 and 4 Wild, igniting a respin on the other reels. The Wild positions will lock in place, enhancing the chances for landing big wins during free games.

The round can be retriggered, as Scatters will still land just like they do in the base game.

After visiting the far north in Wolf Moon, you may try to look for similar real money pokie games online.

We have already combed through the available selection of pokies, and handpicked several suggestions. 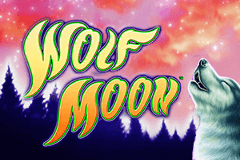 It is a chilly adventure, during which you will meet a fearsome female hunter and majestic white wolves.

The game benefits from a standard 5×3 setup with 25 winning lines and the well-loved Hold and Win mechanic.

The main bonus game is triggered by moon symbols. In it, the moon icons remain on the reels, and each new moon or special Boost symbol increases wins and introduces re-spins.

With the Hold and Win mechanic, the player can score one of the jackpots. The biggest one is the Grand jackpot worth 1,000x the stake.

The Boost symbol can double or triple the wins in the bonus round. The game also sports innovative gamification tools and advanced UI.

Wolf Run is one of IGT’s most popular productions ever. The pokie is a classic hit across land-based casinos and has a massive following online, as well.

The company released the web version in 2014, allowing online casino goers to enjoy its lovely soundtrack and features.

We can’t say there are revolutionary qualities about Wolf Run, as it is a game that is just fun and well executed. Its main features are Stacked Wilds and Free Spins.

By getting bonus symbols on the right reels, you unlock 5 free games which can be activated over and over until the top limit of 255 free spins is reached.

The howling wolf appears during both base game and bonus round, stacking Wilds and increasing the win potential.

A standard 5×3 grid layout with 25 paylines is in use, and the symbols include a grey, black and white wolf, drums and other objects used by Native Americans.

The visuals are amazing and so pleasing to look at, with a forest backdrop and a subtle animation of fireflies.

Multiple special features are on standby to make you gameplay even more exciting – from Free Spins and Howling Wilds to Wolf Pack Multipliers and Alpha Wolf Spin.

Free Spins can be retriggered and the max win potential of the game is 5,000x the bet. The return to player is 95.49%, which is solid, the volatility is high and the pokie is mobile-friendly.

Coywolf Cash was developed by Play’n GO directly for the online gambling market, sporting a 96.31% default RTP and a max win potential of 4,000x the wager.

Coywolf, for those unaware, is a mixed breed descending from coyotes and wolves.

The pokie has a Native American feel to it and the graphics are rich, bursting with polished visuals.

The traditional 5-reel, 3-row grid is up and running, delivering 50 fixed paylines. All the theme-related icons on the reels are animals such as the fox, eagle, lynx, red beer, and a black bear.

There are two Wilds to pay attention to, the Coywolf Wild and the Alpha Wild.

The Mask Scatter will also intervene and set two tiers to the Wild Reel in motion.

The remaining feature is the Prey Free Spins round, which gets triggered (and retriggered) by Totem Scatters.

Coywolf Cash is a thrilling, satisfying pokie for whenever you feel you lack a bit of spirituality and primal willpower.