Ready for a history lesson? Aristocrat will teach you all about Pompeii, once a thriving and sophisticated Roman city. Today, it is one of the biggest and most important archaeological sites in Italy.

Pompeii most likely wouldn’t be so interesting if it wasn’t buried under meters of ash and pumice in the aftermath of a catastrophic eruption of Mount Vesuvius in 79 A.D.

The volcano obliterated the city of Pompeii in 15 minutes, killing all residents in the eruption. However, the site is incredibly well preserved due to it being buried under volcanic debris. For centuries, the city remained buried, until it was finally excavated in the 1700s.

The world was in awe by the discovery of an amazing Roman city frozen in time. Inspired by this, Aristocrat created the pokie machine Pompeii that shows us Vesuvius spitting fire over the city.

Fortunately for the players, the volcano will bring you nothing but streams of wins. The reels are set against the city at night, with Mount Vesuvius in the distance starting to erupt. The symbols in the game include playing card values from 9 to Ace, a shield and sword combo, a chariot, a legionnaire helmet and some sort of golden motif. The board is designed to look like a mosaic, which fits the theme well since many of them were uncovered in real-life Pompeii.

The coin is the Scatter icon, and it will appear on the middle reel only. The game has 5 reels and 3 rows of symbols. The volcano is the Wild, landing on reels 2 and 4 exclusively. When it hits, it can complete a winning combo by replacing any regular paytable symbol. The game’s win system allows players to set aside traditional paylines and enjoy 243 possible winning combinations.

🎰 The Core Functionality of Pompeii Deconstructed

The Pompeii online pokie relies on a pair of special features. One is the Multiplier Wilds feature and the other one is the Free Spins bonus round.

To trigger the free spins round, the coin symbol must appear on the reels 3, 4 or 5 times. This will assign 10, 15 or 20 free spins to the player, respectively.

During the bonus round, the Wilds become extra important. All Wild-powered winning combinations get doubled in value.

In case two Wilds help form a winning combo, the payout will be multiplied by 3.

Interestingly, Aristocrat did not include the gamble feature this time around. It would have been a solid addition the game’s bonus arsenal, but we can’t complain with the features is demonstrates as they can be quite powerful and lucrative.

Strangely enough, there aren’t many online pokies with the Pompeii theme even though it is such an interesting, unique story.

However, we have found quite a few pokies featuring volcanos and the Ancient Roman theme.

We give you these four suggestions in case you wish to experience similar gameplay to what Pompeii brings, be it for real money or for free. 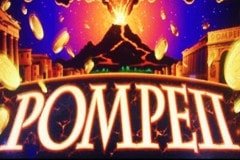 Volcano Queen Diamond Spins is an IGT pokie with a full-on volcano theme. It sports stunning graphics with a setting inside a temple of a volcano sorceress with fiery red hair.

A touch of mysticism makes the pokie appealing, even though it uses a conventional setup of a 5×3 grid with 10 fixed paylines.

Volcano Queen has 3 bonus features. If you manage to achieve full stacks of symbols on consecutive reels, you will enter the Volcano Queen Respin feature. Only high-value icons will appear during a respin. In addition, a random multiplier of 2x, 3x, 4x or 5x will be applied to your payout.

The Free Spins Bonus feature is triggered when 6 or more Scatters land anywhere on the reels. The reward is 10 free rotations.

The Diamond Spins feature is perhaps the most thrilling one, as it activates at random and can give away one of the progressive jackpots.

NetEnt’s Rome: The Golden Age focuses on the ancient period when Rome was the most powerful empire around. This video pokie comes with five reels in a 3-4-5-4-3 format and 20 fixed paying lines.

The setting looks like the royal balcony in gladiator arenas. It looks quite majestic and the epic music adds to that.

Some of the symbols on the screen are swords, helmets, golden rings, and tigers. The progressive Free Spins Multiplier is one of the innovative characteristics of the game.

Keep your eyes peeled for Golden Age symbols during the main game as they increase your chances of landing big clusters of Wilds.

All it takes are 3 Scatters to land on the reels 2,3 and 3 in the main game for you to trigger 3 free games.

These 3 free spins come with a progressive multiplier. Rome: The Golden Age offers plenty of excitement and a default RTP of 96.06%.

Marching Legions from Relax Gaming is a 5×3 pokie swarming with immersive features such as Marching Respins, Nudges and Free Spins.

All these make for an epic gameplay as players are given the chance to command and conquer with the help of a Roman army.

Full stacks of legionaries trigger respins, and if more stacks form during the respin the feature grows into a Marching Stack.

Every stack that marches off the reels is tracked on the Free Spins Collection Meter. Achieve this 5 times, and you will activate the Free Spins round.

Marching Legions is a high-volatility pokie experience with a large payout potential. Also, the return rate is at 98.12%, which is amazing and making it one of the best payout pokies.

Nero’s Fortune is a Roman-themed video pokie developed by Quickspin.

It focuses on the Great Fire of Rome under Emperor Nero, a notorious ruler who reigned with brutality the world has rarely seen.

If you appreciate superb looking games with epic orchestral scores, Nero’s Fortune must find a place on your to-do list.

You will see dark, red-hued Rome, being swallowed by flames behind a 5×5 grid. The player doesn’t spin the reels.

The symbols fall into place from above with each click on the play button. Nero’s Fortune is a highly volatile pokies with 96.21% RTP.

The bonuses include the Burning Arrows Feature and the Flames of Nero Feature.

It is a perfect combination of cluster pays, progressive multipliers and free spins. 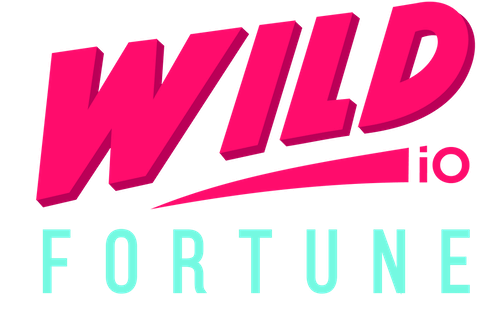