Casinos and Pokies in Sydney 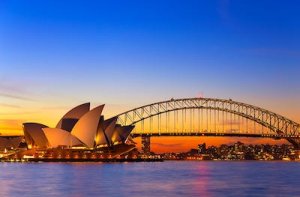 It’s a fact that Australians are the biggest spenders in the world when it comes to gambling, and it’s estimated that they lost up to $1k every year on gambling. Sydney is a hub of gambling in the country, with a well-known harbour and iconic buildings, millions flock here every year to take part in the Sydney lifestyle and enjoy themselves not only in the surrounding nature, but in land based casinos and on pokies too.

In 2020 alone from June until October, pokie profits were up $305m from the previous year, with total slot takings in New South Wales where Sydney is located estimated to take in $3.1bn, up on last year. Sydney is undoubtedly a city built on high interest in gaming, and the central CBD area of Sydney boasts a whopping 3,400 pokies – and that’s only in one 400m square radius.

Still not a patch on the number of available online pokies in online casinos, but it’s pretty impressive for so many to be located all in such a small area. The city has granted nearly 1000 licences to pubs, hotels, clubs and sports establishments in the Sydney area, and total profits from pokies (not including online pokies) alone in 2021 are set to be around $7bn in NSW.

The most popular areas for clubs and pubs which have pokies in the area include Newcastle, Canterbury-Bankstown, Inner West, Fairfield and Blacktown. There is one main casino in Sydney, however there are countless places which offer pokies to the public, whether it’s in a small sports bar or in the lounge of a hotel. 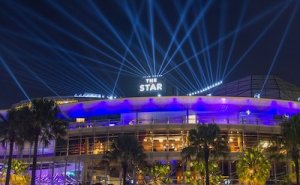 There are two large casinos in Sydney, The Star and the Crown (due to open in 2021), and the only other place operating as a casino in the city is City Tattersalls Club. It has square footage of around 4,200, and there are some 400 pokie machines inside as well as various table games and Keno.

By far the largest casino in the whole of NSW is The Star. It used to be known as Sydney Harbour Casino and comes in second place for being the largest casino complex in Australia. Owned by Star Entertainment Group which also owns the Queensland sister casino, this casino has been open since 1997. With a selection similar to online casinos, there are 1500 pokies in this casino with video poker and bingo to choose from, plus you’ll find a wide variety of table games such as Sic-Bo, Roulette, Craps, Baccarat, Pontoon and Pai Gow, as well as many forms of poker.

The Star has a variety of restaurants including a seafood buffet, Asian style eateries as well as fish restaurants that serve everything from sushi and sashimi to battered fish and chips.

The choice of restaurants, bars and cafes at The Star is very large, which include smaller eateries and five star restaurants for those looking for something more exclusive. There is the Harvest Buffet which proves popular with residents and tourists alike, offering all you can eat which includes seafood.

Meat lovers can find a steak cooked to their liking in one of the many grill restaurants in the complex. In the evening there is a nightclub you can attend after a night or afternoon of gambling, or you can relax in the spa and take in a number of relaxing treatments.

There are 3 hotels to choose from in The Star complex, one of which has been awarded 5 stars by Forbes. You’ll also find shopping in the form of Gucci and Versace within the casino too if you manage to win big on some bets in the casino.

Outside of the main casino area, Sydney is full of small bars, hotels and parlours which offer a wide variety of pokies to choose from, here are our top picks.

A location which always has the latest sporting events displayed on large screen TVs such as football and rugby, and even American sporting events, Club Totem is a top place to hang out with friends.

There is an established games room and multiple function rooms, and a large choice of pokies to play on are at your disposal.

The Forty Baskets is an onsite restaurant serving everything from steak and fish to burgers and schnitzels. Comfy seating and tables set up outside deliver high levels of comfort to all visitors.

Winners of multiple awards such as Best Pub Food and Pub of the Year, the Dove & Olive is a great venue for fun times with family and friends. If you’re a beer lover then you’re in for a treat, as there are more than 25 craft beers alongside regular Australian taps, and the selection is always being changed out for new flavours for you to try.

The pub itself is set in an old world location, however there are lots of pokies in a special room which has been recently refurbished so you can enjoy your gaming in privacy from the rest of the bar and restaurant.

One of the only classic Irish pubs in Sydney, Scruffy Murphy’s has four bars to choose from to make sure you and your friends are never left dry. Guinness is of course on tap here alongside a wide choice of Aussie and international beverages.

The bistro serves decent meals at a fair price and there is also a hotel on site if you’ve had one too many. For lovers of pokies, you’ll find a nice selection here including some Irish themed ones, and you can guarantee there’ll always be live sports on the TV and a live DJ playing every night.

A more relaxed affair than some of the pubs and clubs in Sydney, this establishment focuses on providing a warm and friendly atmosphere to guests as well as serving the local population.

Whilst the food is great and varied, from Asian to Vietnamese with traditional western meals too, the main draw of this place is the huge TAB area for sports and racing bets, as well as pool tables and a great selection of pokies to keep you entertained at all hours of the day and night.

Add in cold tap beer and you have the ingredients for a great night out.

The premier place to have a good time in Sydney if you’re looking for a mixture of good food, good beer and even better pokies. Not only does Churchill’s Sports Bar serve up favourites such as steak and burgers but there are also international and domestic choices of beer.

There is a full gaming room which has pokies galore, a sports bar and a dedicated TAB area. Large screen TVs show everything from UFC to Rugby League and Union all day long. Pool tables and trivia nights can also be found here. Open seven days per week.